We are just back from our annual holiday and wishing we had more time to spend there. Do you know when you go for a long holiday and after a couple of weeks, you say to yourself, I am done with this holiday I want to be back home now? Well, this was definitely not one of those.

Bologna, Italy (Photograph taken by and property of Babybluerascals).

For this trip, initially we planned on staying in Bologna for 10 days and travel around Italy to go places, but in the end, we changed our plans and ended up staying in Bologna for 3 days, going to Rimini for 5 days and returning to Bologna for another 2 days. This decision was made after the realisation that there wasn’t much to do in Bologna for kids (especially as young as ours one- and four-year-old) and that we really didn’t want to spend much time on the trains.

The flight to Bologna was quite a long one as we had 2 flights to take there. There is a direct flight with Ryanair to Bologna, but it was arriving too late for those travelling with kids (around midnight). So instead we flew out at 11 am to Amsterdam and from there to Bologna. We only had 45 minutes in between the flights, but the second flight was delayed so we had plenty of time to get there.

If you do decide to take this route, be aware that you do have to go through passport control and security in Amsterdam, as Ireland is not in the Schengen zone so leave plenty of time for in-between-flights travel.

Once we got to Bologna, we got a shuttle bus from the airport to Bologna train station (our hotel was close to there). It cost 6 euro per person for adults and if you have kids under 1 m in height, you do not need to get them a ticket. Alexei is a tall boy and so on the way there we got him a ticket as well, but as we found out later, we did not need to. This law of being under 1 meter in height is an ancient law and now for kids, this young all they care about is that the adults have a ticket. So on the way back we only paid for two tickets. We took the same bus from the train station to the airport when it was time to go home.

One thing about the public transport in Italy was that it did not seem to be very well equipped to take on buggys. Every time we would take the bus the rules seemed to be different. On some buses, the only way to get on was to go through the front, which is very narrow and you are bound to hit someone with your buggy. On some, the bus drivers would open the middle door but the step is really high, so you need two people to hop on and off the bus. And on other buses, the only access for buggies is at the back which has handrailing in the middle and even with our narrow buggy we struggled to get on.

Another thing about them was that, at least in Rimini, bus drivers did not wait for you to disembark the bus before slamming the doors shut. At one point, we didn’t even get to get off and the bus driver shut the doors on Alexei (literally) and then drove to the next stop without letting us off at that stop even though he knew we wanted to get off there. That was very scary, as if my hubby didn’t manage to pull Alexei in then he would have been left outside in a strange city, while we were driving away. That is why it is best to have your baby in a harness when taking a bus.

On the trains, again the steps were very high and you needed two people to lift the buggy. They also didn’t have separate space to store large baggage/buggys. The only shelves were the ones above the sits, but they seemed sturdy enough to hold heavy bags.

After taking a bus to Bologna, we made our way to the pre-booked hotel Astoria. The hotel appears to be quite small, with a tiny elevator, but I also overheard that they had apartments as well. The room was not very modern, but clean and quite spacious, it did have an under counter freezer and the bathroom must have been recently renovated.

The staff at the reception were absolutely lovely, always smiling and saying hello and goodbye.

However, at the breakfast people that were taking care of the breakfast room were not as nice and we were even refused to have some eggs for the boys. When we asked to have them refilled (it was buffet type of breakfast and the container that had eggs previously was empty) we were told that it was first-come-first-serve basis even though there was another hour left of breakfast time.

Another thing that initially scared us was a sign at the reception that informed guests that the aircon was broken. When we were there, the temperatures ranged from 31-33 C so you can imagine my dismay. However, when we got to the room, there was a portable air conditioning unit that we had on all the time we were there.

As it was getting on quite late in the evening, we decided to go out and get some food and see if we could find a supermarket to purchase some milk for Matthew and water for ourselves.

The restaurant that we chose based on the reviews was called Il Veliero and turned out to be absolutely amazing. From the moment we walked in, we could see that the locals came here and the staff was very friendly and efficient. The decor was that of sailors and boats, but the food, this was out of this world (see pics below). We would definitely suggest for you to go there. 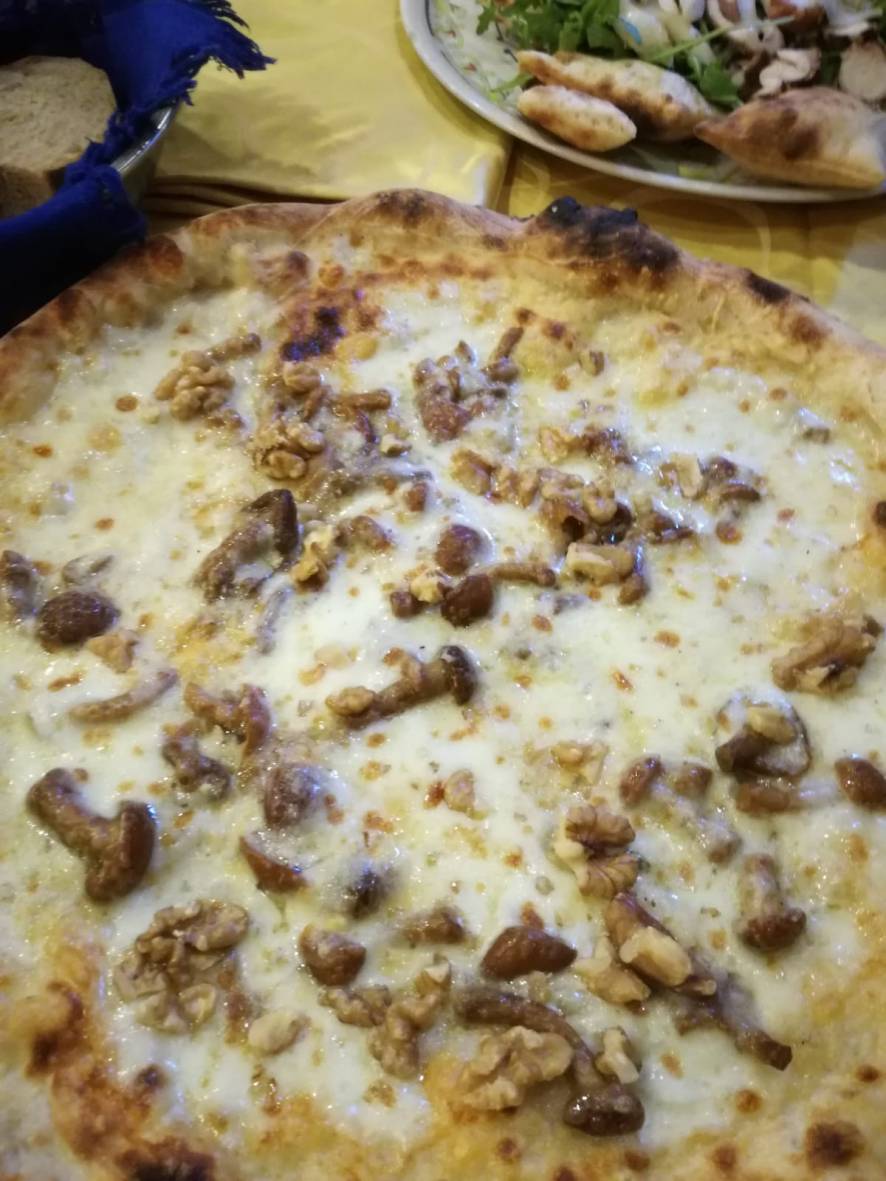 That was our first impressions and the end of the first day:)

Hope you are all having a great day!