I believe before I can actually make resolutions for the year of 2018, I need to look at how 2017 went.

I can honestly say, it was one of the best years of my life and the most trying.

It started with me knowing that I was pregnant with my second baby. It is a custom of my family to meet New Year together and 2017 was no different. We met it in Spain with my parents and sister, where Alexei announced my pregnancy by wearing a t-shirt that said: “Only child expires next June/July”. Everyone was over the moon, albeit my parents worrying that my career would suffer.

Next, I told my supervisor in work and was pleasantly surprised, as she was genuinely happy for me, something that I definitely not experienced in my previous pregnancies (I was bullied because of it by my boss). In work, the pregnancy proceeded great. If I need to attend appointments I could leave at any point, my supervisor made sure that all of my documentation was sorted, and that I would be paid while on my maternity leave.

On my 9th month of pregnancy, I had to sit final exams for B.A. (Hons) and I Aced them.

Next came, second happiest day of my life (first being Alexei’s birth), birth of Matthew, my little Munchkin that seems to be a little sunshine that everyone can’t help but smile at 🙂

After his birth came some lovely times, but so so hectic… Alexei was on summer holiday from school, so we were able to relax and settle into a routine.

When Matthew was 2 months old we went for a much deserved holiday in Ireland. We visited Derry, Sligo, and Galway and stayed in the most child-friendly hotel (in my opinion) in Sligo (Clayton Hotel). There, Alexei went to a swimming pool for a very first time and absolutely loved it, which prompted me to sign him up for swimming lessons that he now looks forward to and enjoys.

When Matthew was 3 months old we had his Christening on the same weekend that Alexei turned 4 and everyone came to it including my parents and my sister from abroad. It was a lovely ceremony and everyone really enjoyed it. We had a party for Matthew in our house. Alexei celebrated his birthday with some of his friends in a soft play center and it was the best idea ever, as everyone enjoyed it and all we had to do was supply the cake and pay for it.

After that, we decided that it was time to purchase our own home. We were lucky that the landlord of the house that we are renting wanted to sell and we agreed on the price in the beginning of 2017. So we approach a broker and got a mortgage approval.

School started in September and even though Alexei was thrilled, I found it very hectic, as Matthews timetable had to shift as he kept falling asleep in the car on the way to school. I also think that because of this, Matthew never settled into a proper sleeping routine and is still waking up at night.

Then came Halloween, and I brought both boys out for some trick-or-treating in the estates near to ours. My hubby was working the night shift, so we had to spend it alone. Alexei was so excited to get even a small amount of sweets that after just two houses said “that is enough” and “I want to go home to eat what I have” and “I am so excited”. Of course, I convinced him to go around couple more houses as I put so much effort in his outfit (zombie knight) that I felt like I had to show off my handiwork ;P We ended up going to some brilliant houses that had a lot of scary characters and sounds and I was pleasantly surprised as Alexei didn’t seem to be scared at all. Matthew, on the other hand, slept through the whole thing 🙂

Time for Christmas… this was the time I decided to start this blog as it was something that I always wanted to do, but never was brave enough. We celebrated it with my hubby’s family and it was a lovely time.

Finally, my family came over to meet New 2018 Year and we actually met it together with my uncle and my cousins on WhatsApp (thank you technology:) ).

Of course, the year was not all happy. There were some negative emotions as well… I did not receive a grant for funding that I competed for because according to reviewers I did not have any publications in the field (it’s a new field for me), but they did acknowledge that I had a surprising amount of knowledge for someone who only has 1 year of research in the field

Also, one of my parents ended up in a hospital with one of them having problems with their blood pressure and the possibility of problems with their heart. That was an extremely frightening experience as anyone who leaves far away from their family would understand.

Also a person close to me started having serious problems with alcohol and I have tried my hardest to support them through this hard time, but at the same time I had to make a difficult decision to put my family first and let them go as low as they did, before they finally admitted to themselves that they had a problem.

Finally, because of everything that happened I realized that nothing matters as much as the family does, that is spending quality time with them, having holidays and enjoying each other company.

Hope you are all having a good day today 🙂 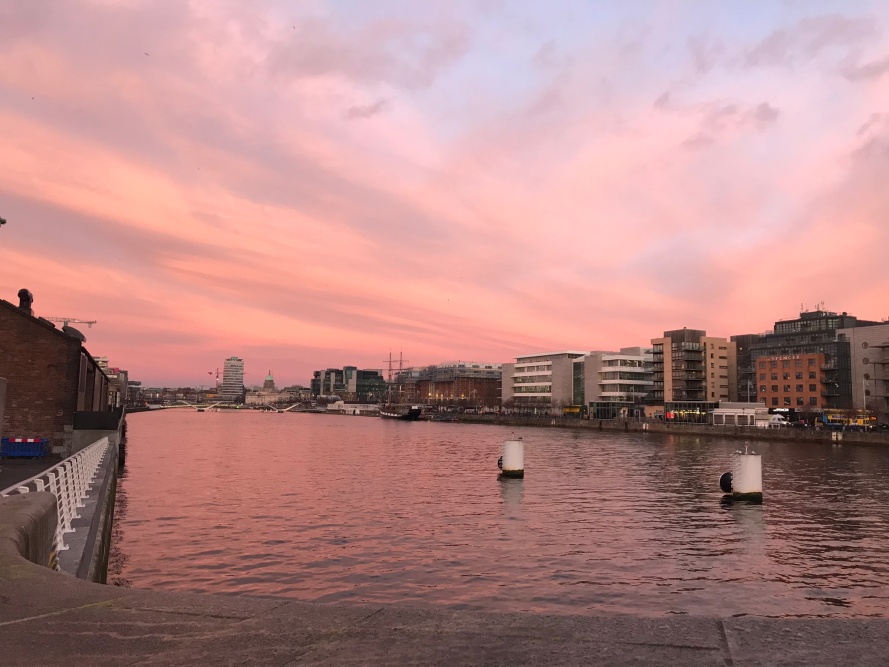