These 2 days we spent together with my family. We woke up quite early and had a lovely family breakfast together. Then the ladies went to the small shop in the village with kids and got some more supplies, visited a playground and upon return home had a bite to eat and decided to go and see Zubr (Bisson).

We thought that the actual park where you see them was in Bialowieza itself, however, after going to visit the park, even though it is lovely, there were no live animals there.

There were a lovely lake and park to walk around, a restaurant and a museum, and some stuffed animals which is not something that we like to look at. After asking in the museum where we could find the zubr, we were told that it was a couple of kilometres away and that it is best to drive there.

It took us approximately 5 minutes to get there from Biolowieza, and the road was very rough and bumpy towards the actual park (thankfully we had a big car). As we were there in April, the ground was very wet and if you are going there at around the same time bring wellies.

Once we got to the barriers it was beautiful, lots of vast space for animals to roam and a road that you can walk on all the way around. 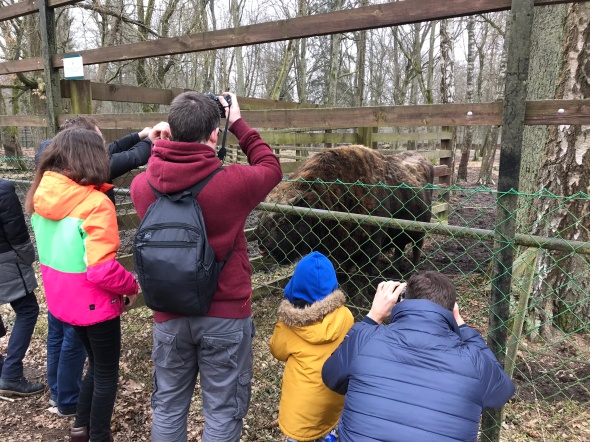 Everyone was pretty tired after the long walk but having achieved our mission ‘to see zubr’, we were happy 🙂

Once we got back to Bialowieza, we went to a restaurant and tasted some local cuisine and finished the day with a BBQ and enjoying each others company:)

Next morning was spent packing everything, having our final breakfast together and saying our tearful goodbyes.

We spent the following 4-5 hours driving back to Warsaw, but this time in convoy with my sister and her boyfriend. It was lashing rain all the way back and we were worried that it was a sign of how the weather will be like for the rest of our trip, but we didn’t need to worry. Anytime that we were not driving and were out and about it was nice and dry.

Once we reached Warsaw, it took us a while to find our Aparthotel (City Aparthotel Ochota). We got lost, as there is no sign outside on the building to indicate where the lobby was and unless you actually stop outside the door, you will not know where it is.

The Apartment was lovely, very clean and had two bathrooms, however no bathtub, something that we really need with 2 small kids. It also turned out to be a bit far from the Warsaw city centre, even though on booking people indicated location as ‘excellent’. Overall it had good amenities, microwave, cooking stove, all the cutlery you need, however, there was no washing machine. When we asked whether the apartment had one, we were told that we weren’t staying long enough…

Still, we were impressed how modern everything looked and even though it was a two bedroom apartment, the couch in the living room could be made into a bed. 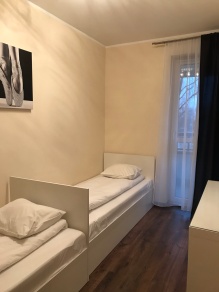 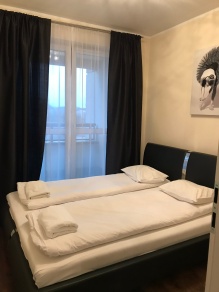 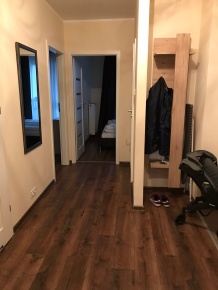 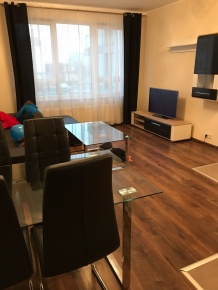 Once we got settled in, we prepared dinner, connected tv to Netflix and finished the evening by watching a movie after settling kids to bed.

I  hope you all had a lovely day:)