So my hubby has gone and done it. Organised a surprise going away without me having a clue. He is not the most spontaneous person, so this was a massive deal.

I had a very tough week last week with some very emotional issues in my immediate family, but who live in a different country. It was breaking my heart that I could not be there for them and unfortunately, because my hubby was working night-shifts, I did not see him for the whole week and had no one to talk to. By the end of the week, it all got too much and I asked for a mental day off from my supervisor, who after seeing what state I was in agreed.

My hubby in order to cheer me up told me that we were going away somewhere in Ireland, but did not tell me where 🙂

So on Friday morning, we headed off in an unknown direction. Alexei was very excited as well, but he thought we were going on holidays on a plane, then he guessed right that it was a hotel in Ireland instead. I had great fun guessing where we were going. Every time I guessed, my hubby would tell me that ‘yes, that would have been nice’, and ‘why didn’t I think of that’.

Eventually, we arrived at Limerick city and checked into Clayton hotel, which I always enjoy as they seem to have very professional, but at the same time, friendly staff and the buildings are always full of character. This time it didn’t disappoint as well, the view from our window was absolutely breathtaking and I could have just spent the whole weekend starting out 🙂

View from our hotel room (property of Babybluerascal).

Limerick city lies on the river Shannon (see in a pic above) and has a very nice promenade, all along its banks, which lead to the city centre. The first day we were there, we decided to keep it simple and just go for a walk to People’s Park and around the city centre.

The first thing that we noticed was that the city centre is very British looking and even the street names were very much from British occupation times. We guessed that it was because Limerick was known to be a Trade town and its unique position on the widest spot of the Shannon river before it joins the Atlantic ocean meant that British would have occupied this area.

The next thing was how international this city was. You could see many people of different nationalities, much more than I even see close to Dublin. This could be for several reasons, one that when international individuals are granted asylum in Ireland, they are normally given accommodation away from Dublin, another could be that Limerick is simply in close proximity to Shannon Airport and so people like the location.

We enjoyed our walk and went into a couple of shops and got some snack and a couple of books for boys.

After we got back to the hotel it was nearly boys’ bedtime and so we decided to go out for dinner in the hotel itself. The dinner was lovely, with the only disappointing dish being creme brulee as it did not have the crust that you always look for, but it definitely did not lack in taste. The rest of the dishes were amazing, mostly seafood, but you could get a steak or a burger if you wanted.

After that, we went to our room and had a bit of trouble of settling both boys to bed as they have their own rooms at home and being in one room with us was a complete novelty for them and both wanted to stay awake. So I ended up going to have a bath and leaving Kieran in darkness on his phone so as not to make too much noise.

Next morning we woke up quite late, around 9 o’clock and went to have breakfast. It was a buffet style. The selection was very good, ranging from Irish breakfast to yoghurts, fresh fruit, muesli, etc. What we noticed was that the food was perfect, every item that we ate in Irish breakfast was fresh and perfectly done, not greasy, not overcooked, but perfect. Matthew even had breakfast as well and enjoyed tasting different things. We had to pay an extra 5 euro for Alexei, but that was a discounted rate for kids and as he eats quite well in the morning it was worth it. We didn’t have to pay for Matthew and he was given a baby chair to sit in.

After breakfast, we decided to go up and get ready for the day. My hubby planned for us to go to a Stonehall wildlife park and that opened at around 11 am. The drive was quite short, I would say at most 15 minutes. The price of tickets was 8 euro per person, Matthew was free. I heard people say that there isn’t a lot on the inside, but to be honest we really liked it. Instead of having your standard farm animals, they had a lot of animals that you wouldn’t even see in the zoo, such as Llamas, ostriches, wallaby, etc. These were spread out over a large area and you had a lovely forested area to walk through and look at all of them.

There was also a barn that housed a birdhouse with a variety of parrots and bouncing castle and racing carts/bikes together with a baby area. Alexei was delighted 🙂 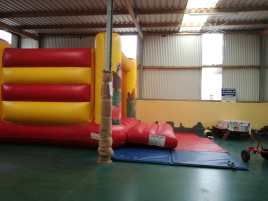 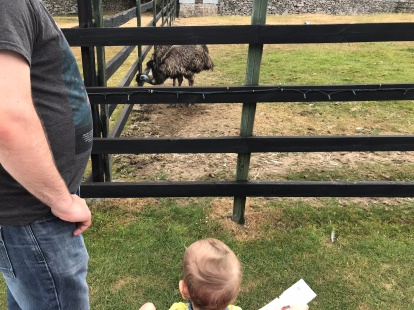 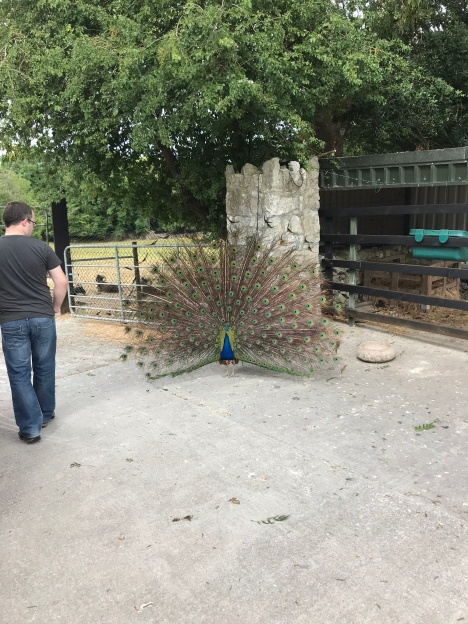 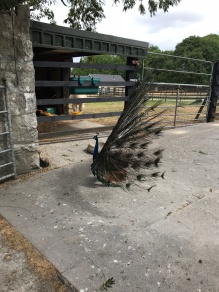 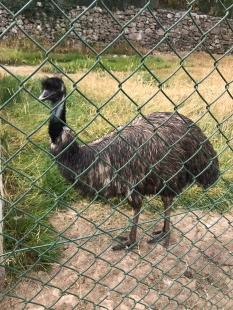 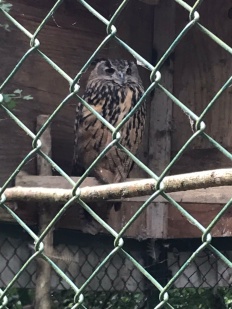 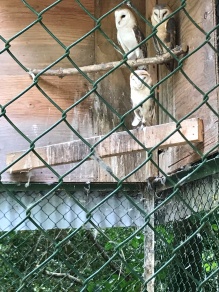 We spent a couple of hours there and then headed back to Limerick, where we went out for lunch in the city centre and got a really delicious, but massive pizza, the remainder of which we later had for dinner. After that, we walked along the promenade and decided to head back to the hotel, as I and Alexei wanted to go to the swimming pool.

The swimming pool was a little small, but enough for the number of people that were in it and I was glad to see parents with their kids as I didn’t have to worry about the noise level that will be definitely increased by my little rascal. The swimming pool was too deep for Alexei, but they provided plenty of floaties and armbands to Alexei was delighted. We worked on going underwater and then he even got braver and jumped off the side of the pool without any armbands and I was there to hold him after he would push off the bottom of the pool. I was very proud of him, as this a boy that for most of his 4 years of his life was absolutely terrified of water.

After that, we watched a movie on TV, had our dinner and settled to sleep. Next morning after breakfast, it was looking very gloomy outside and we had to be checked out by 12 pm, so we decided to just leisurely get our things together and head home.

I hope you are all having a great day:)

How to feel better